We arrived using our very last diaper.   I had fully expected to be able to buy some in Petropavlovsk but that was not the case.  That is not to say that diapers don’t exist, it’s just there were no stores within walking distance of the port.  Since Dutch Harbor was even smaller, I had major concerns.  Not to fear, the cruise concierge arranged for someone to have diapers at the port of Dutch Harbor waiting for us.  How’s that for customer service? 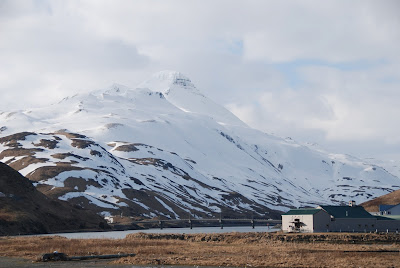 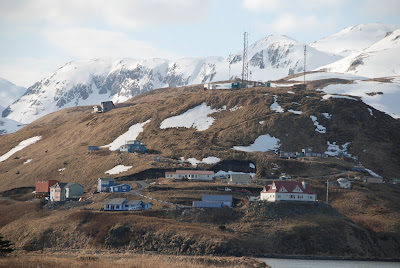 As it turned out, we had a Safeway to back us up.  Which brings me to the main attraction of Dutch Harbor – the bald eagles.  They were everywhere!  Here you see them perched all around the roof.   As we got closer to the door, it was really quite creepy.  Their heads swivel around but their body doesn’t move. 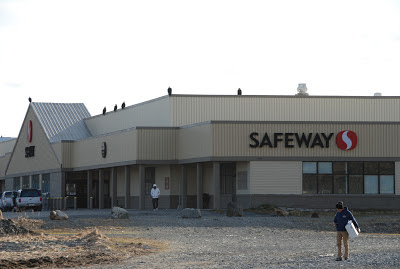 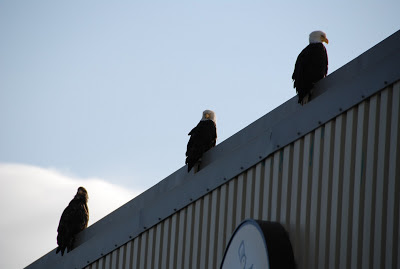 May be difficult to see but there is one on the ground next to the SUV and then 3 or 4 flying around, one close to the ground… 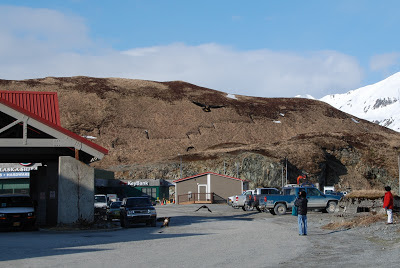 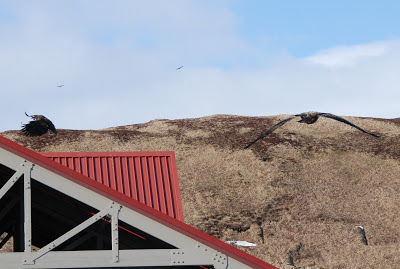 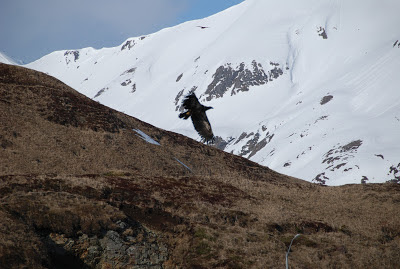 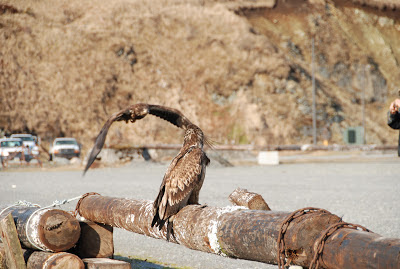 Aside from eagles, the area is rich in WWII history.  Here you can the zigzag of bunkers left behind. 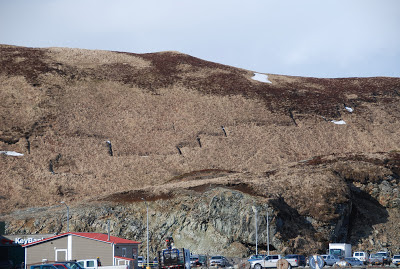 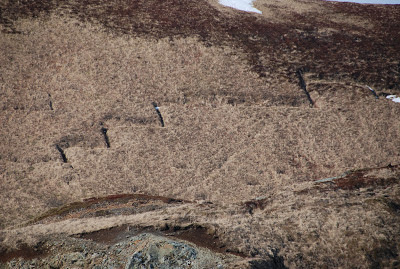 We walked around a bit enjoying the scenery, went to a couple museums and then headed back to the ship. 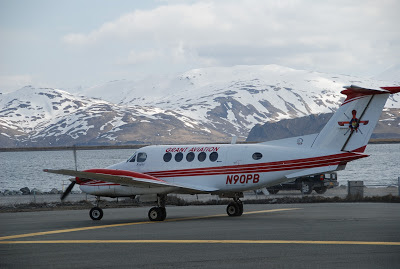 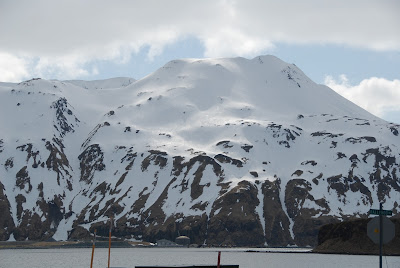 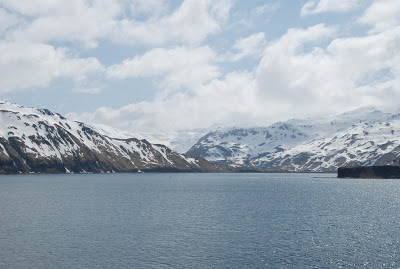 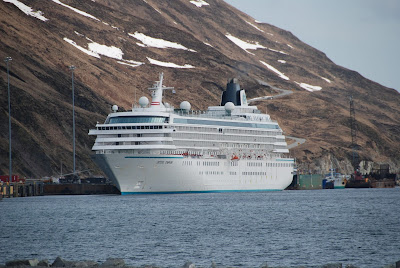 Another couple days at sea and we arrived in Kodiak, Alaska.   We walked around a bit but the rain and cold made for a fairly uneventful day.   I only mention it because eagles were still all around and I was able to catch this rare shot of one sitting on his nest.  This is what the picture actually looked like, ha. 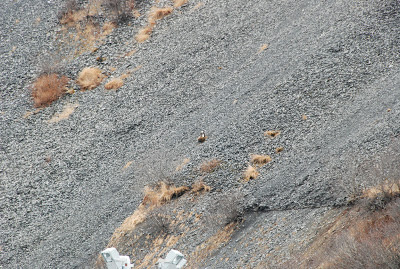 But that teensy speck in the middle…is actually this after zooming.  I was pretty stoked. 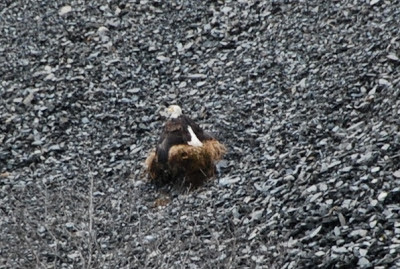 I forgot to mention that our second night on the ship was our anniversary.  We booked a ship babysitter and enjoyed our evening for two at the Japanese restaurant.  Earlier that day, we were hanging out with Cooper in the kids room, Fantasia, with Kyle – the Junior Activities Director on the  ship.  We happened to mention to him our plans for the evening.  He proceeded to email “someone” so that our anniversary would be announced in the daily newsletter the next day.  And, as such,  we encountered a surprise that night at dinner. 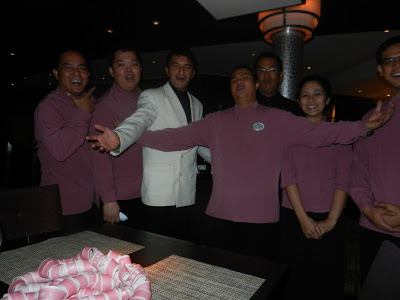 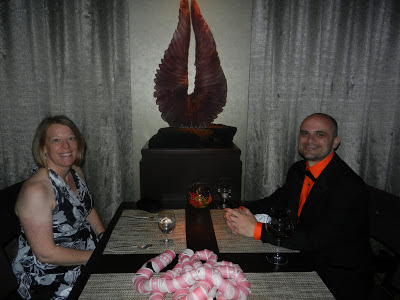 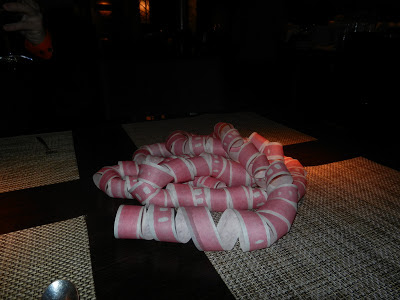 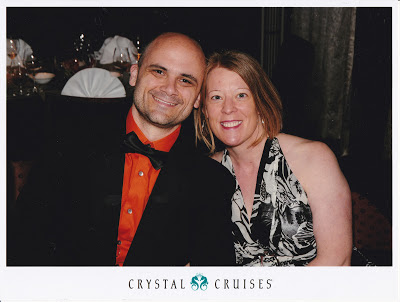 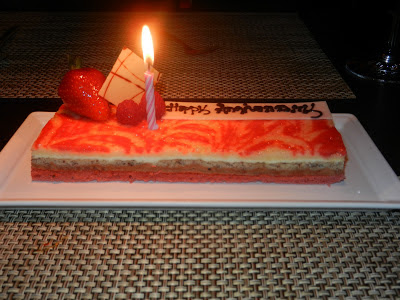 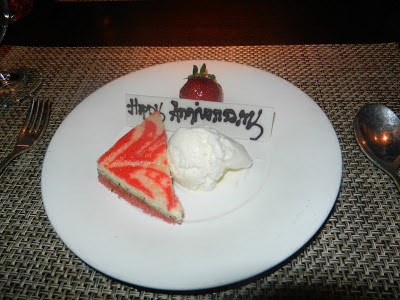 How adorable is that?  The next night at dinner, the waiters offered a celebration again but this was the day of 15ft swells and I had to decline.  I do wonder, now, what they had in mind!